Embracing our Latino legacy, and our opportunity to serve all cultures, the Guadalupe Centers is dedicated to improving the community and the quality of life for people of all ethnic backgrounds, and to the celebration of cultural heritage.

History
During the early 1900’s in exodus of the hardships caused by the Mexican Revolution, many Mexican nationals began to leave their homeland in pursuit of a better life for both themselves and their families. These Mexican immigrants followed jobs to the north in areas of migrant farming, railroad and livestock. While many stopped in the already predominant Mexican-American Southwest, others went further north and decided to settle in the Westside Community of KCMO.
Upon their arrival, the Mexican immigrants faced yet another hardship. Discrimination. Mexican children were not allowed into certain schools, while their parents were not allowed to shop in many places. The Mexicans were also exploited in the workplace and basic services offered by area hospitals and government agencies were not granted to the Mexicans. Not knowing where to turn or how to respond, the need for basic services within the Mexican community continued to grow.
To answer this growing need, a Catholic women’s club in 1919 decided to establish a volunteer school & clinic for the underprivileged Mexican immigrants who had settled in the Westside. Naming the entity after the patron saint of Mexico, the Guadalupe Center became one of the nation’s first social service agencies for Latinos and has grown to be the heart of the Latino community within Kansas City. 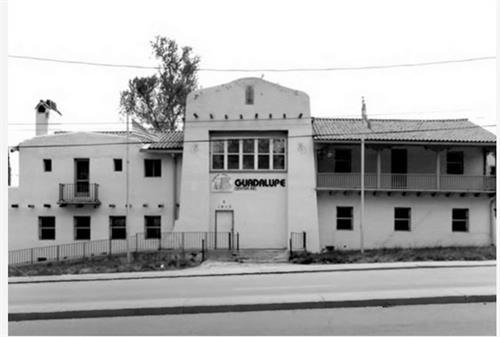